A graphics card is about the size of an index card, it is a set of microchips on a circuit board, and it has one duty, that is to accept data from the processor of your computer and turn it to signals for the monitor. Majority of computers produced come with some form of graphics card built into the motherboard, but they are quite simple. Gamers, graphic designers, and other media enthusiasts usually prefer to buy a more complex graphics card you plug the card into, and this produces better image quality and the graphics also process faster. 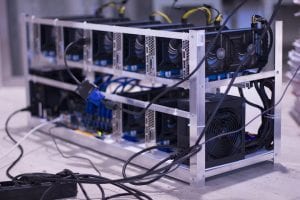 The primary purpose of graphics card is to convert video data into electronic signals and send them to your monitor, the monitor receives the signals and turns them into vibrant images. It is a fast process, and it can handle games, videos and other types of media.

Most desktops or notebook computers have a graphics card.

The speed at which the graphics card communicates with the processor depends on the type of slot, the faster it connects, the more data is exchanged, therefore producing a good quality image.

The graphics card has connectors that receive the monitor cable and the monitors come with different types of cable such as HDMI, DVI and VGA with VGA being the oldest type and only able to support simple graphics with a 640 by 480-pixel resolution and about two hundred and fifty-six colors.

A lot of computer monitors now make use of the DVI connector; this connector can support digital videos with about 1,920 by 1,080 pixels while high-definition monitors and televisions make use of the HDMI cable.
The graphics card handles the production of accurate graphical pictures; it is a lot of work as each frame in the simulation of a three-dimensional image can take up to millions of calculations.

It is not possible for the microprocessor of the computer to handle this as it has other tasks to take care of. However, the graphics card features a chip referred to as a Graphics Processor Unit; the chip is a microprocessor that specifically handles video calculations.

While the Graphics Processor Unit handles the calculations, the central processor of the computer handles its tasks and the computer runs smoothly and at full speed.

The memory present in the graphics card’s Graphics Processing Unit is called a video RAM. Video data is temporarily stored there as the Graphics Processing Unit generates images, the RAM is not shared with the central processor, and this helps to improve the computer’s performance. The Video RAM is also quite fast and much more costly than standard memory because it processes millions of bytes of video data per second. 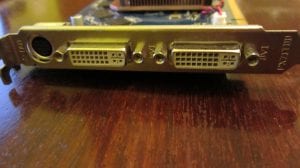 It is entirely possible to use the graphics card for more than just 3D graphics, graphics processors can handle complicated calculations regarding 2D and 3D graphics, and they can render some calculations better than the central processor. As a result of this, a lot of people are beginning to replace the CPU with the computer’s Graphics Processing Unit to speed up several tasks.

Another application that takes advantage of the speed of the Graphics Processing Unit is Adobe’s Creative Suite. It comes with a considerable number of Adobe’s products such as Photoshop CS4, Acrobat, Premiere Pro CS4, and Flash player. As long as a computer comes with an OpenGL 2.0 graphics card with about 512MB of memory, you can use it to speed up many tasks within the applications mentioned above. 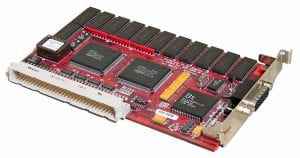 Perhaps the most famous use of the graphics processor for better performance is evident in the release of the Open Computer Language Specifications. The specification combines different specialized computer processors including the Central Processing Unit and the Graphics Processing Unit to speed up computing. When the specification becomes ratified, many applications stand to gain from the simultaneous computing and the combination of various processors to increase the number of data processed.