Electric blankets have been becoming increasingly popular in recent years, particularly in cold climes. It serves as a comfort item which delivers the warm, cozy feeling to quite a large number of users around the world. Some individuals, however, dread the idea of going to sleep wrapped in a blanket chucked with electrical heating wires, so they opt for other methods of keeping warm when the weather drops. 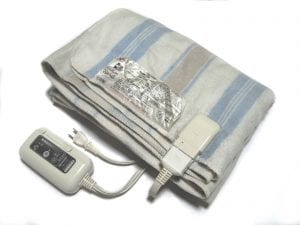 Electric blankets operate on the underlying principle that when the electric current passes through a resistive length of wire, some of the energy is lost as heat. Thus, an electric blanket naturally contains an extended length of resistive cable (of any material, depending on the manufacturer), arranged in a coiling pattern through the surface area of the blanket (or as in the case of blankets designed with two separate controls, through each half of the blanket). 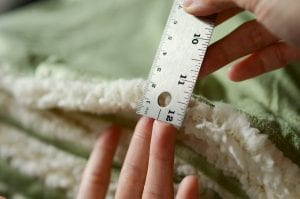 How To Use An Electric Blanket

Using an electric blanket is as comfortable as unfolding and spreading it out flat, plugging it into an electrical source, setting the desired temperature on the equipped control unit. It is however recommended that for everyday use, after plugging the electric blanket into a power source, set the heat levels to your preferred temperature on the control unit, then allow the blanket to preheat for a while (ideally about 15 minutes). Finally, when you’re ready to sleep, set the heat levels too low or turn of the electric blanket before sleeping to reduce the risk of overheating. 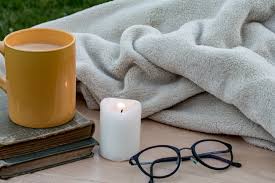 Depending on the make and model and model of the electric blanket, the controls will differ. The most common ones have just one control unit that enables the user to set the heat levels to his/her preference. Some however come with dual control units that allow two different individuals to sleep with varying settings of heat as they wish under the same blanket. Most modern electric blankets typically are equipped with an automatic shut off feature, which ensures that the blanket is turned off if left on for a specific length of time (Usually between 10 – 16 hours. Some, however, allow the user to set the shut-off time length). This feature is meant to guard against overheating and fire hazard, especially where the user forgets to turn off the electric blanket.

Furthermore, most electric blankets (especially modern models) come with a variety of heat settings with quite a number featuring between 10 – 20 temperatures. Thus, a first-time user may have first to take a while to figure out the specific setting or settings best suited to his/her needs. Some modern electric blankets also come with extra features such as the ability to adjust to the user’s body temperature; the ability to compensate and stabilise at a particular set temperature regardless of the changes in the temperature of the room; and the ability to adjust its heat level relative to the temperature of the room around it. Thus, if it seems the electric blanket seems to be getting cool in one side, it will compensate by sending heat to that region to stabilize heat levels in the whole blanket depending on the selected settings. 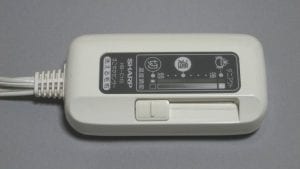 How  The Control Unit Works To Regulate The Heat

Electric blankets generally come with detachable control units. This is so that the electric blanket itself may be washed and dried without the additional hassle of the cords getting in the way. The control unit is usually attached to a connector on the blanket which is typically located at any of the extreme edges of the blanket (often the top or bottom). This is so as to reduce the possibility of the user tangling in the cords while asleep.

As stated earlier, the control unit regulates the temperature of the blanket by controlling the amount of current that flows into the electric blanket. Different blankets, however, achieve this feat through different means. Older models make use of a bimetal strip which reacts to heat thereby connecting and disconnecting the circuit letting current pass according to the user’s settings. The process is very similar to temperature regulation in an electric iron. Modern electric blankets, however, are equipped with sensors which are integrated into the control unit and controls the blanket’s temperature much like a mini computer. There are even quite some blankets mostly referred to as ‘Smart Blankets’ that allow the user to control the blanket’s settings from his/her smartphone via an application designed for that purpose.

In conclusion, where appropriately used, electric blankets provide an unrivaled level of comfort that helps the user enjoy a good night’s sleep. There are however some precautions which should be observed. For instance, pregnant women should avoid using the electric blanket for extended periods of time or at high temperatures as this may cause harm to or overheat the fetus.