Quite a significant number of us make use of a variety of products in our shower for our daily care, it is important we learn how to organize them. This is where a shower caddy becomes handy.

Not knowing how to do this means they will clutter your shower, causing it to look a mess even when it is tidy. It then becomes imperative to have some system of organization to ensure that your shower products are put away when not in use, but also accessible when needed. 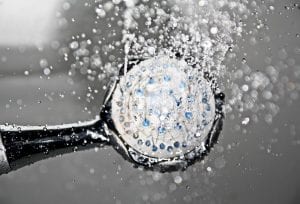 For most individuals, a search for a shower organizing solution is usually with some things in mind, such as:

• It should be easy to install. Seeing as the need for organization is generally not strong enough to bust out the power tools, a means of organization that can be attached to the wall or hooked unto an already existing feature in the bathroom is preferable.
• It should also be easily accessible. While a chest of drawers fits the first requirement, it is not exactly effortless to access especially in a situation where you are in a hurry, or you have suds on your face, and you need to get the conditioner or something else.
• Lastly, it should be easy to clean. Since whatever organizer you are using will be in the bathroom most of the time, it should not have special cleaning requirements. It is thus reasonable that it be waterproof and you should be able to wash it with the bathroom.

There are admittedly a couple of bathroom fittings that satisfy these requirements. However, one of the favorite options is the wall mounted shower caddy. Shower caddies are on the market in a variety of shapes, sizes, types, colors and with many different features.

Finding a suitable shower caddy can be quite easy to do. They are sold in many retail stores and online marketplaces. The difficulty may, however, arise in deciding which caddy to purchase. To make this easier, we’ll be stating Five (5) common types of shower caddies.

• Basket-Style Caddies: Basket-style caddies are perhaps the most popular of the shower caddy types. They feature a firm structure usually made of sturdy material like metal or strong grade plastic. The basket contains holes which it uses to drain water and could either come with suction cups or adhesive to attach it to any smooth surface in the bathroom, or hooks to hang it with or a combination of two or all of them. The basket could also be set on the floor of the bathroom.

• Mesh Shower Caddies: Mesh shower caddies are an excellent type of shower caddy. They are compact enough to be carried from the bedroom to the shower for those who cannot store their bath products in the bathroom such as students in a dorm with communal bathrooms. The mesh allows the shower caddy to drain whatever moisture gets into it while bathing and allows it dry quickly as well.
• Shower Totes: Shower totes come in a wide range of styles, colours and sizes. They are typically waterproof and meant to be slung over the shoulder when heading down to the bathroom. The straps could however also be used to hang it from any fixture in the bathroom. Shower totes also typically come with different compartments which can be used to store various products separately based on the user’s taste.
• Collapsible Gym Caddy: Collapsible gym caddies owe their peculiarity to the fact that they can be folded down flat when it is not in use, thus taking up little space. It is also made of mesh which drains water and dries fast.
• Toiletry Bag Caddy: Toiletry bag caddies are just purse sized bags meant to hold the essential bathroom items. They are typically smaller than the other types of caddies, cater to the minimalist and are perfect for short trips.

Coordinating your shower caddy is dependent mainly on the type of shower caddy you have. Shower totes for instance usually come with compartments, and it is only a matter of deciding what shower product to put in what chamber. Collapsible gym caddies, on the other hand, are typically just a wide-open space without any separators, so you just stick all your stuff into it. 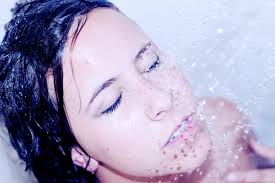 Benefits Of Using A Shower Caddy