It is every parent’s worst nightmare, hearing that BANG!! BANG!! BANG! And it is as if your heart stops beating for a millisecond, your world swirls around you, your vision becomes blurry, and you almost lose your footing on the ground. The only thing running through your mind as you race towards the direction of the sound is “I hope it isn’t what I am thinking, it cannot possibly be, but how could she/he possibly fire a gun?”. This is only one of the many reasons as to why buy a gun safe. 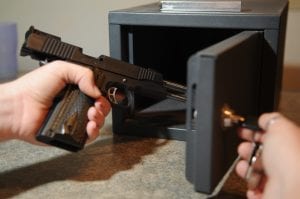 Guns have been a source of intrigue for people over the years. They have been employed in fighting many of the wars that have taken place since the invention of firearms. The coming of this superior class of weapons saw the end of the use of swords and other minor weapons to wage war. The use of guns was never a problem until individuals were given rights to own their firearms individually. With the responsibility of individuals holding guns there came the issue of accessibility. How do we make sure that those who should have no business whatsoever with this potentially dangerous object have no access to them? Buy a gun safe. 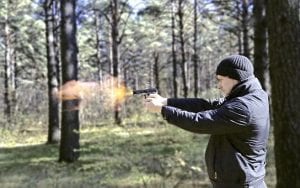 Statistics have shown that Between 2014 and 2017, shootings claimed the lives of 2,710 children under the age of 12. In-fact statistics reveal that every year approximately 1,300 children in the United States alone die every year from gun-related death accidents.

So does it necessarily mean that gun license given to people should be revoked for the safety of our children or all gun lovers should forever forget about guns?

It’s important to note that when it comes to ownership of a gun its primarily for the protection of family and property. But when children are involved, One must be extra careful to make sure that the gun owner protects the gun and keeps it far away from the reach of children. In fact, most gun safes have additional security features such as fire or water protection, combination lock, digital lock, and fingerprint identification.

There are several reasons why we buy a gun safe. 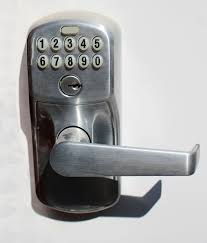 What is a gun safe?

A gun safe can be any mini locker or any adequately protected place where one or more guns, firearms, and other ammunition are stored.
Who does a Gun Safe protect?

The gun safe is meant to protect small children who may accidentally pull the trigger as such object is big enough to pique the curiosity of a small child. They may end up pulling the trigger and hurting either themselves or even other persons. Even teenagers have to be protected when there is a gun in the house. Teenagers may feel the need to show off to their friends how cool and awesome their guns are and they may not necessarily know how to use it. Whereas where there is a protected safe, there is an assurance that these life-threatening injuries may not necessarily occur.

A gun safe also indirectly guards against misuse by third parties. For example, thieves who break into a house may steal a gun and sell it and the person who they sell it ends up using it commit a crime and when the gun is traced it ends being linked to the original purchaser of the gun.

Why should I buy a gun safe?

Gun safes work in two ways. First, it works to keep people away by indirectly protecting the gun from abuse by people who do not know how to use it properly or from the gun mistakenly injuring people.

Also, guns that are sought after by collectors also need to be adequately protected against damage such as mishandling, fire, natural disaster. Many safes for sale you should consider looking into are e fire and waterproof, making them ideal for storing collectible firearms and important paperwork about the guns. 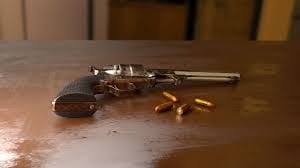 Where can I buy Gun Safe for my Home?

Most gun safes are readily sold online where you can easily look at the specification regarding the size and the one that fits your specification. You may also have one customized for you to cater to your needs specifically. If you are the digital type of person, you may decide to have one in which only your fingerprints may open it. But for the most part majority of people buy their gun safe in a gun store because most of the time the person selling the gun to you may ask you whether you have little children at home and in the process recommend the gun safe for you. 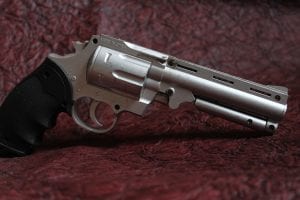 Gun safes can also be sold in home appliance stores such as Home Depot, or even Lowes.

It is to be noted that the importance to why buy gun safe in your house is numerous. Most of the times gun safes are bought where there are small children in the homes but it is essential for one to understand that whether there are children at home or not Gun safes is primarily there to keep away people which you don’t want to have access to the gun.