Deadfall traps have traditionally been used as a way to kill animals with a simple trap. Having a clever trap on hand can help you catch different animals that could mean the difference between life and death in a survival setting. All you have to do is set the trap and wait for something to come along and take the bait, and the trap itself is reusable to extend its lifetime and usability.

What is a Deadfall Trap?

The idea behind a deadfall trap is that the animal comes and takes the bait, which causes the heavy deadfall trap to drop and kill the animal. Traps like this give you time to go out foraging for other types of foods while you wait, meaning you can still catch prey even while you’re out doing other things.

About the Pathfinder DF-4 Deadfall Trap

One of the recent choices to emerge as a market leader is the Pathfinder DF-4 Deadfall Trap, which you can easily set with just one hand. Meanwhile, you’ll use your other hand to put up the deadfall.

Some of the things that make this trap unique include:

The Pathfinder DF-4 Deadfall Trap gives you a clean smashing area. Another big plus: You can easily store this trap when it’s not in use.

This trap could be used as a supplement to learning how to set regular deadfall traps. The setup of actual deadfall traps shouldn’t become a lost art. If you happened to be out in nature and you didn’t have your deadfall trap pack with you, it wouldn’t be of much use.

Knowing how to set a trap like this on your own can increase your chances of bagging a meal. You can set more deadfall traps, which will increase the chances that you can catch enough food in a survival setting. You don’t want to get caught out in the wild and be unable to fend for yourself. Keep all of this in mind as you make a purchase decision on whether the Pathfinder DF-4 Deadfall Trap is best for you.

How to use it

This product can help survivalists build their confidence as they learn the necessary skills for deadfall trapping. It can be incredibly frustrating to go trapping and never catch much. This trap helps to simplify the process so you can learn how to catch more prey. After you’ve caught a couple of animals with this product, you’ll slowly learn the process of crafting traps yourself while still enjoying the process. You might look at this option as a set of training wheels that will lead to getting good with the regular deadfall traps.

How does this compare with other survival traps?

Some of the other tools that you have at your disposal once you learn deadfall traps include:

Snares have always been a popular trap, and when you master how to use this type of trap, you can keep yourself supplied with food in an emergency situation if needed. Let’s break down each of these snares and traps a little further.

Considered a variation of Grave’s Bait Stick Snare, you set this snare for the activation of motion. Place this near a commonly used trail to see what you can pull up.

Coming from solid wire, this is a powerful combination because of its strength, flexibility and rigidity. Normally, a fixed snare will only work one time with each trap. The bends and kinks in the wire can make it vulnerable and less usable if you want to catch animals next time.

The treadle snare gets set off when an animal bumps into it. To use the treadle snare, you’ll need a spring pole. These snares work well for catching small game. Bring along some bait to put down in the hole and attract nearby animals.

Cup traps are great for an emergency setting, but this is an illegal trap to use with a Dixie cup. This trap doesn’t kill the animal like the others. Traditionally, a Pine Pitch Bird Cup Trap uses a small cone of birch to catch a bird. The interior of the cup is smeared with sticky pine pitch and bird seed is placed inside the cone. As the bird finishes with the seed outside of the cone, it will begin trying to get the seed on the inside, which is where it gets trapped. The sticky pine pitch gets on the bird’s feathers and head, and it can’t fly away. 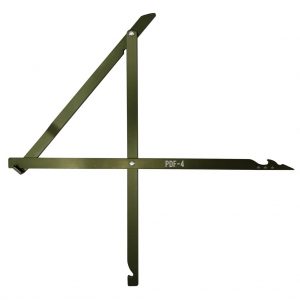 In general, green wood doesn’t work as well as a deadfall trap. You usually want dry wood because it won’t bend when it falls — you don’t want to leave the animal injured only to die later out in the woods. The type of wood doesn’t matter much, but you do want a straight piece.

When it comes to trapping, you can use different techniques like setting the trap on well-traveled animal trails or choosing a place where squirrels might congregate. Still, trapping does involve some level of luck. If you do it for long enough, eventually you’ll catch some animals.

It could be helpful to go along with a friend who does trapping. By starting out with observing someone who is successful with trapping, you can refine your technique and do it even better.