How long does Deli Meat Last

"TheSmartConsumer is an Amazon Associate, we may earn commissions from links on this page that you click on and make qualifying purchases, thanks for helping support us"

How Long Does Deli Meat Last?

How long is lunch meat good for fridge/freezer

According to the United State Department of Agriculture, Packaged lunch meat will maintain at its good state in the fridge for 14 days if not opened. If the packaged is unsealed, it will take 3 to 5 days in the fridge.  Lunchmeat will keep its quality 1 to 2 months in the freezer if the appropriate temperature is maintained.

*When freezing meat the quality is what degrades over time. As long as the freezer is kept at a constant temperature of 0° F (-18° C) and the meat is sealed it can be kept for up to a year safely. The frost-free process of most freezers is what limits freeing time of foods. Freezers will warm up to keep from icing. This cycle reduces how long foods can be froze for.

How long do lunch meats last

How long does deli ham last

If it's fresh sliced expect to get 3-5 days. If it's prepackaged then up to two weeks, but check for the expiration date. This refers to a preserved pork. The Preservation of ham is done via wet or dry curing, smoking or salting. Ham is made from the hind leg of a hog.

How long does roast beef last

If it's fresh sliced expect to get 3-5 days. If it's prepackaged then up to two weeks, but check for the expiration dateThis refers to a dish of beef which is roasted. It can be freshly purchased or prepackaged. Roast beef can be taken cold or hot. It is nutritious with low fat and high protein.

How long does Sliced Turkey Last

Sliced Turkey meat can be freshly cut or pre-packaged. It is a source of protein that contains low calorie and low fat. Sliced Turkey can be added to salads, sandwiches, and wraps. Fresh sliced expect to get 3-5 days. If it's prepackaged then up to two weeks, but check for the expiration date

How long do Prepackaged lunch meats (all in general):

These types of deli meats are well supervised by the USDA.  Pre-packaged lunch meats are well-preserved meats that must remain sealed if not needed. Once you open these you have less than a week till you need to throw them away. How Long do Italian Cold Cuts Last The recommendation is to throw away 3-5 days after opening or if the package references how long it is good for after opening then follow the package instructions.

How long does Salami last in the fridge:

2-3 weeks in the fridge and 2-3 months for quality in the freeze. This is a kind of cured sausage typically made from pork which is air-dried and fermented.

How long is Pepperoni good for

in the fridge 2-3 weeks or 2-3 months, this really depends on the preservatives that have been added. Check the package to be sure. If it has BHT then it will last longer, but those are nasty chemicals being added to make it longer. Pepperoni can last 6-8 months in the freezer and still keeps its quality.

Pepperoni is made from the mixture of both beef and cured pork. Additional ingredients are paprika or other chili pepper.

What about uncured salami and Pepperoni

It's not going to last as long, this will vary from the way they made it. I would expect it to be around a week in the fridge, but it could be longer.

How long does Bologna last

Bologna which can also be referred to as baloney is a sausage got from mortadella (a specific kind of pork sausage).  It can as well be made out of turkey, beef, chicken, soy protein, or venison. 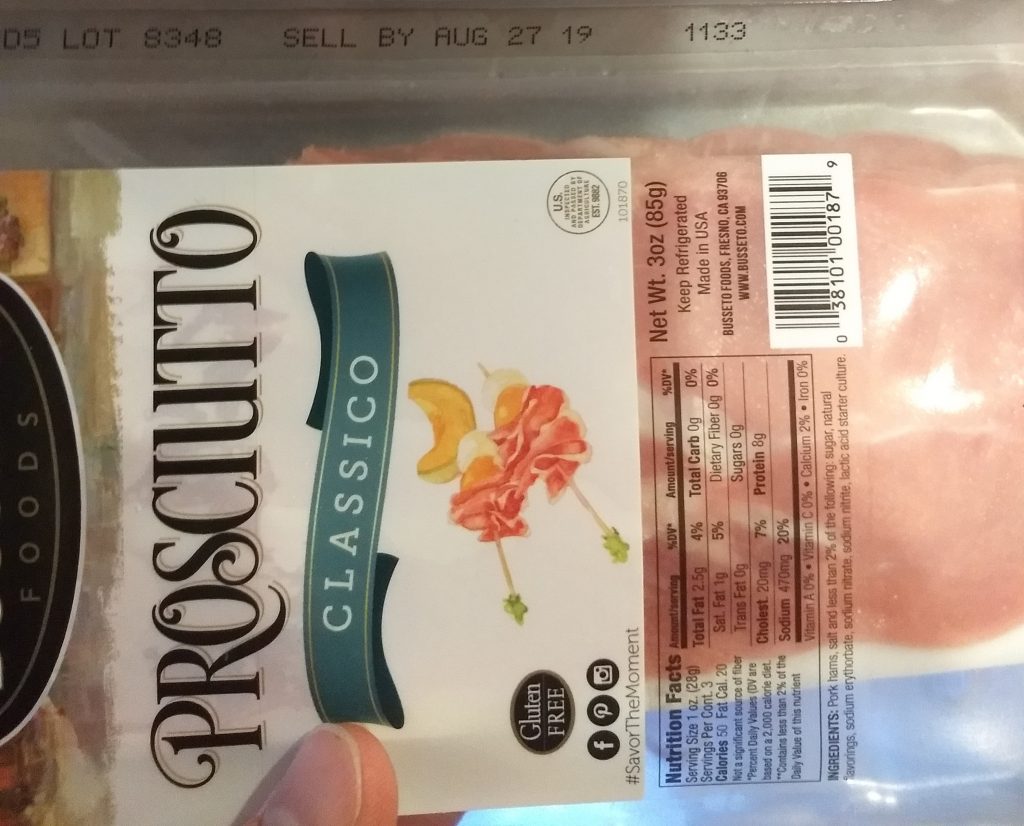 How long is Prosciutto good for, only has sell by date

Prosciutto is generally expected to last 90-120 days due to the preservatives. Prosciutto is a thinly sliced imported cured ham.

How to tell if lunch meat is, rotten or spoiled?

To know if your lunch meat is rotten or spoiled, start by checking the label to see the use-by date. Once past the specified date on the label, it is inadvisable to eat. Treat sell-by dates as expiration dates. If its smells abnormal or like that of ammonia or vinegar, or if there is discoloration, film or slime on the surface, then it has become spoiled or rotten. Look for a brown or discolored look. Meats with a lower fat content will not last as long unless they have more preservatives added to them.

*Roast beef, pastrami, ham, and turkey are the favorites of Americans.

*Pre-sliced deli meats have more fat, sodium, and nitrates than the ones you get sliced at the deli