"TheSmartConsumer is an Amazon Associate, we may earn commissions from links on this page that you click on and make qualifying purchases, thanks for helping support us"

Mangos have been known for ages to delight the senses of people with its sweet tastes and fragrance. Mangoes go way back in as a fruit that was cultivated by man. It can be dated to as far back as more than 4000 years ago. It was just recently about 400 years ago that the western world just started to savour it. But who were the first people to actually discover mangoes and actually grow and named it? 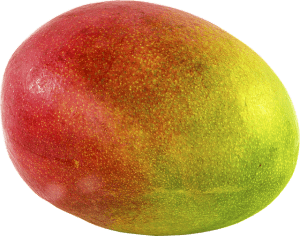 History of Who Discovered and Named Mango

A lot of people often ask the question of who discovered the mangos. Most times people ask who discovered it funnily just after they are done eating one of these juicy fruits. Actually, mangos originated from Asia, northeast of India to be precise. North Myanmar and Bangladesh are the areas in the northeast of India where fossils of mangos were found. Scientist found out that these fossils dated far back to as 25 to 30 million years ago. (Who cares about this Mango Stuff i Just want to learn how to slice and dice mangos-Click here)

The domestication and cultivation of mango started in the Indian subcontinent. When mango was being domesticated and cultivated, Buddhist monks would take the fruit on their journeys to eastern Asia and Malaya, and this was around the 4th and 5th centuries BC.

It was around the 15th century when the Portuguese arrived in India that mango spread to Southern America, West Africa and the Philippines. Prior to this time, during the 10th century AD, mango fruit was taken to East Africa and Middle East Africa by Persian traders.

For as long as anyone can remember, mango have been referred to as the king of fruits, and it has been of great importance and significance to Indian life. Historically, mangoes have also been referred to as a symbol of happiness and life. According to the history of the Buddhist, Buddha himself rested in a cool mango groove while he mediated with his fellow monk. These mango grooves that Buddha himself used were located in places like Mahachunda and Amrapali.

There are lots of cases where history recorded how mango shaped the life, beliefs and custom of the way people lived their lives. Another cultural importance of mangos is the history according to the excellent Chronicles of Ceylon. It was said that after a symbolic and intense conversation took place over a mango tree, between Price Mahinda and King Tissa of the Island Ceylon the present day Sri Lanka, the king converted to Buddhism.

There are also tonnes of places where mangos were mentioned in theological writing, and many famous epics were writing too. The Vedas Hinduism’s books, the Ramayana, the Prince Rama’s journey in life, among a lot more are all written materials that are inclusive in the cultural importance of how mangoes affected the lives of people.

We also wrote fun facts on Pineapple. and find how to slice and dice Pineapple here

Where is Mango Native, and Which Country Produces the Most Mangos?

Mangos are native to the Indians. India is also a country that produces the most mangoes in the world. They are considered the number one mango producing country in the world. India alone produces about 18 million ton yearly, which is about 50% of the world's total mango supply.

Maharashtra, Orissa, Karnataka, Gujarat, Bihar, Pradesh, and Andhra are all the larges states in India that are mainly into mango production. Although other states in India produce mango, they do not produce as many mangos as these states listed above. A total of about 2,309,000 acres of land have been dedicated by India just for the cultivation of mango farming.

Mangos can be used for whole lots of things, from food recipes to fruit juices and so much more. For every 100 calories of mango consumed, it supplies the body with 100% vitamin C that is required by the body daily, 35% of vitamin A and 12% of fiber. You can also make a creamy and thick smoothie out of mangos which is really great because they are super easy to peel.

Surprisingly, mangos are the most eaten fresh fruit all over the world that other fresh fruits. Mangos also come in different cool shapes, colours and sizes, which may include red, orange, green and yellow. The more the colour of the mango begins to deviate from the green colour, the more significantly ripe the mango becomes. 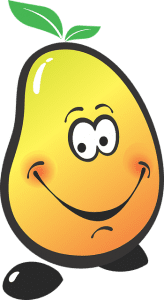 Also, in some culture, when you give a basket of mango to someone, they consider it a kind gesture. This culture feels only a friend would go through the stress of going to a farm to plug a basket full of mango only to give it out at the end of the day. Likewise in India, the mango tree has a scared role it places in most communities. It is believed that mango trees symbolise love. Some group of people even believe that when they go under a mango tree to make a wish, their wish would be granted.

As quirky as it may sound, the oldest mango tree is that is still living is about 300 years old. The oldest living mango tree is found in India somewhere in the East Khandesh. And what is most fascinating is that as old as the tree is, it is still producing viable fruits.

Another surprising fact about mangos is that they are used in wedding ceremonies in some tribes. They believe that because mangos do produce lots of fruits, and so in like manner, the couple would bear plenty of children.

Mangos have proven to be quite difficult to peel. Your first time peeling a mango might prove to be harder than you thought. Find tips and tricks on How to Peel a Mango Here