The Pacific Ocean is very vast and immeasurable when it comes to depth. There are many hidden things in its waters and sad to say one of them is the Trash island, which is located in the Pacific Ocean. It is also famous for the term Pacific Trash Vortex which has an enormous gathering of marine debris that covers from Japan to the West Coast of North America. 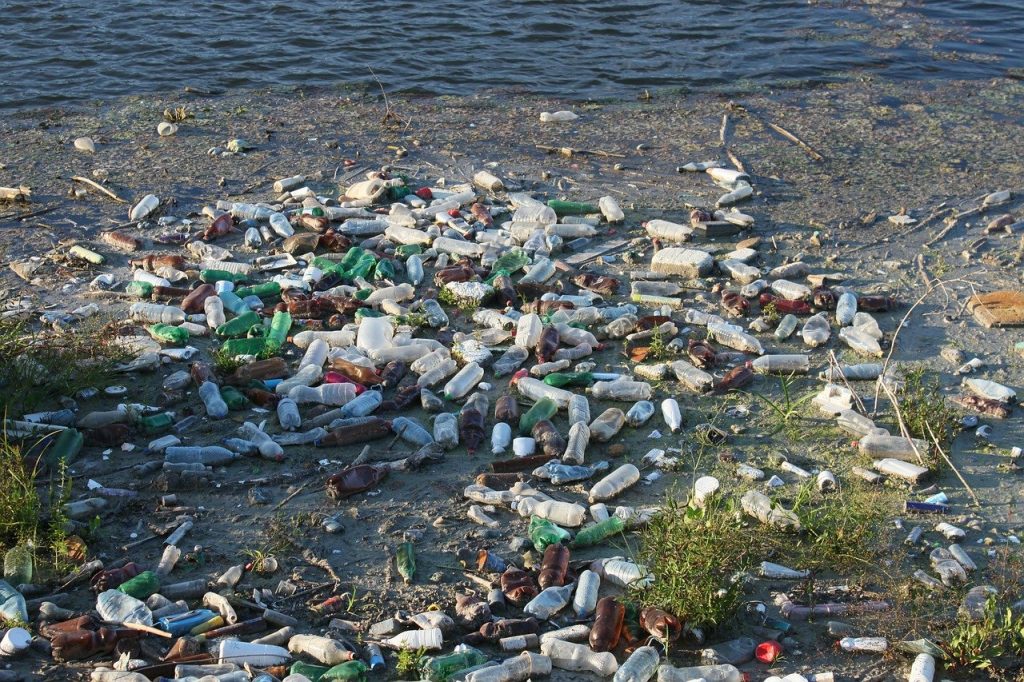 The Great Pacific Garbage Patch has a crazy amount of plastic that reaches about one to four trillion. The strong waves and wind action mix all of the ocean debris. The trash would scatter over surfaces and will eventually pile up on the top portion of the ocean. Here are the 5 facts you should know.

Marine Debris accumulation is the leading cause of The Great Garbage Patch.

People should be aware that there are great pacific garbage patch facts about marine debris that meets in the middle of the ocean. The garbage patch is considered to be the world’s enormous pile of trash that is freely floating on waters.

This garbage patch lies between California and Hawaii areas. A lot of researchers have claimed that it is the size of Texas. Even if it is a large pile of trash, a  great astronaut can’t see it from outer space.

Many believed that the large patch area has random piles such as plastic bottles and said that it should be visible with satellite photographs, but that’s not it. The concentrations of trash that are found on the island are tiny bits and pieces of floating plastic that is not visible to the naked eye.

Sailing through the patch area in the Pacific Ocean is possible since you will only see little to no debris at all on its water surface. Researchers studied why it is hard for them to estimate the size of the garbage patch, and this is because of the ocean currents and wind that is constantly changing.

The Great Garbage Patch is an Environmental Threat

Garbage patch studies have coincided with reports from Britain. It was said that pollution from plastic could triple by the year 2050 if no one takes action. Based on the news, it was declared an environmental threat to the ocean, which will eventually raise the sea level and cause Global warming.

Aerial surveys were conducted in October 2016, taking up to seven thousand images.

In conclusion to their study, plastic pollution can exponentially raise or increase faster than expected. It would lead to a dramatic change since all marine debris should be on coastal regions and not on oceans.

The ocean scientist, Charles Moore, led the Discovery of the Great Garbage Patch.

A boat captain named Charles Moore was sailing through California’s waters after a race from Los Angeles to Hawaii. The ocean scientist and his crew reached the northern part of the Pacific Ocean. One side caught their attention because a pile of plastic debris was floating or moving on the sea’s surfaces. They were alarmed by the situation since millions of plastic surrounded their ship.

Charles Moore was not the one who named the garbage patch. It was called by Curtis Ebbesmeyer, who was his coworker. He based the name on what he saw on the ocean. The title “Great Pacific Garbage Patch” remains ever since they discovered it. The patch is a new target for a cleanup campaign, which costs about thirty-two million dollars.

The Plastic debris is not only found on the surface but its deep waters as well.

Buoyant types of plastics make them float on water, but not all are created to float. Plastic that does not contain these types of materials will eventually sink and will stay underwater. Ocean scientists studied that almost 70% of the plastic will sink and go to the bottom of the ocean. Usually, the plastic that floats are kinds of cellophane. Microplastics found on the Great Pacific Patch were not just on the surface level but also discovered on the ocean floor.

The debris can either rise to the water’s surface or immediately sink to the ocean floor. Marine animals will be affected when you talk about plastics that are not adequately managed by humans. Venturing animals of the sea may end up swallowing or ingesting different types of plastics from the garbage patch.

Fishing nets are said to take 45% of The Great Pacific Garbage Patch.

Fishing nets that are lost, cut, or abandoned become a threat to marine animals. According to studies that have been recently conducted, up to 45% of the patch is made up of nets that belong to fishermen.

It was eventually termed “ghost gear,” which can be a considerable problem for marine animals. The ocean’s animals, such as the dolphins, turtles, fishes, and more, are unfortunate when they come across the garbage patch.It would bring a high level of risks when an animal accidentally ensnared itself to a fishing net.

This garbage patch will have a domino effect on humans if action is not done. Later on in life, there will be a decrease in seafood and a shortage of marine products. If they are still available, it would be costly. Furthermore, the great garbage patch contributes a lot to global warming.  This will be a bigger problem for future generations.

Posted in Blog and tagged Pacific Garbage Patch
← At what age are children allowed to choose their own clothes?The Complete Guide To Do Reverse Image Search  →