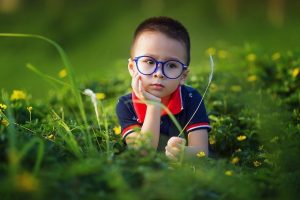 What is meant by early childhood?

First, let’s start by defining the term in early childhood. This is the period between birth and eight years old. It is a time of extraordinary brain development in your child. So, although it is important to continue education and supporting your child’s development throughout their childhood and teenage years, it is really the early childhood era that is the most crucial.

There are actually three main simultaneous stages of growth that happen during early childhood: physical, cognitive, and social-emotional. Each of these three types of growth needs to be fostered and encouraged throughout the early childhood period. If a child’s development is aided correctly, they will hit specific milestones for each growth type within specific time frames.

What is early childhood development?

Early childhood development is a term that defines the changes happening to your child during their early childhood. As mentioned above, the period from birth to eight years old marks some of the most drastic changes that happen physically, cognitively, and emotional to your child.

We discuss each of the changes in more detail later on in the article. For now, it is most important to take away the idea that early childhood development is an umbrella term that covers all aspects of your child’s development from conception to eight years old. This term also describes a field of psychological study.

Brain development from conception to eight

Conception to Birth: By the end of nine months of pregnancy, your fetus has developed all five senses. The five senses all begin to function before you give birth. And, it is these early experiences in the womb that begin to shape your child’s brain and nervous system.

Birth-1: The first year of life marks a huge change in your child’s brain development. The most “significant wiring” of your child’s brain occurs during this year. That is why it is so important to start your infant off right. During their first year, babies learn emotions and develop curiosity about the world around them. Their brains also grow in size significantly.

More:  Simple Steps to Antique a Mirror by Yourself

3-5: Three to five years old is considered the preschool years. This is another big brain development stage. Your child will begin to be able to learn problem-solving and other academic skills. Preschool age brains build upon the foundation set up during infancy and toddler years. And, they continue to be able to develop greater awareness of the world around them and interact with their peers.

5-8: This is the young school-age time period. Your child will be beginning kindergarten and elementary school. During this period the brain is still developing rapidly. By age six it will have reached 95% of its adult weight and energy consumption. Vocabulary, language, imagination, an increased attention span, and reading and writing are all skills that develop during this time.

One final word: Just because we’ve focused on conception through eight years old in our timeline above doesn’t mean that the brain stops developing at age eight. In fact, our prefrontal cortex—the area of our brain that allows us to control our impulses and decision-making skills—is not fully developed until we reach 22.

Why is the early development of a child important?

Although humans’ brains take twenty-two years to fully mature, the first eight are generally considered the most important. It is this time frame that allows your child to get off to the best start in life. Although we do not have the space in this article to get into a nature vs. nurture debate, just know that most experts agree that early childhood is the most crucial time period for brain development.

The years from conception through toddlerhood are especially important periods. It is during this time that you set the foundation connections in your child’s brain that they build off of in their preschool and elementary school years. Therefore, it is crucial that you create an environment of learning and growth for your child from the minute they are born and even before.

We mentioned at the opening of this article that there are three main stages of early childhood development: physical, emotional, and cognitive. These three stages can be further broken down into five stages. We discuss each of the five stages briefly below. Visit our breakout articles for more information.

Fine motor skills involve the movement and control of our small muscles. For example, holding small objects, turning a book’s pages, coloring, drawing, playing a musical instrument, building blocks. These are all fine motor skills. Throughout early childhood, fine motor skills will continue to get better. Often these do not begin to develop in earnest until after gross motor skills are learned.

From birth, babies begin learning emotions. At first they watch their parents face emotional cues. As young children develop their emotions there are two main categories this development falls into social and emotional development and speech and language development.

Social and emotional development is a large category. It covers your child’s ability to experience, express, and manage their emotions. At first they will have no control over their emotions-anyone who’s ever experienced a baby crying for no apparent reason will relate to this stage of development. But, as your child goes from infancy to toddlerhood to preschool to young school age, they will learn greater control and be able to establish relationships of their own.

The first three years of life are when your child best develops their speech and language skills. You will notice early signs of communication such as crying give way to actual speech and a greater understanding of language and communication as the child ages.

What is the purpose of early childhood education?

Early childhood education programs not only assist in all areas of development (fine and gross motor skills, language acquisition, emotional control, and cognitive skills) but they also have the job of preparing your child for elementary school. Between the ages of 1-5, your child is learning the skills they need to be successful in a school environment.

And, of course, parents should not just rely on early childhood education programs to develop your child’s skills. You should supplement these programs with activities and fun at home. Growing up in a loving, stable, and nurturing environment will ensure your child develops on schedule and is set up to be successful throughout their life.