Almost 2 billion cell phones I bought every year . What is a great revenue-generating machine for cell phone companies is a massive E-Waste footprint on the Earth.  Most devices will end up in the landfill. 44.7 million tons of e-waste was discarded in 2016, and only 20 percent of it was disposed of properly.(source)

Unfortunately, when e-waste is disposed of in a landfill it will leak contaminants into the ground as water passes through it. Improperly disposing of electronic devices lead to chemicals such as mercury, lead, cadmium, beryllium, flame retardants, and other toxic chemicals to leach and spread in the ground. In time, this contaminated water will reach groundwater and increase toxic levels of chemicals in our drinking water supplies.

Methods to Reduce E-waste in Landfills

First, you have to care. If it chemicals leaching into the ground doesn't matter to you then stop reading now. The three keywords you hear are the simplest ways to help. Reduce-Reuse-Recycle. It's that easy.

Easy in theory, but harder in practice. Simply use less and there will be less waste.

Donate or Sell off your old technology

One man's junk is another man's treasure.  Between Ebay, Craigslist, and Facebook selling groups it's easier than ever to sell old electronics. Don't expect to get a lot for them but this is a simple way to reduce toxic contaminants from leaching into the landfills.

Alternatively, if you're like me and can't stand to deal with selling you stuff or having yard sales just find a place to donate it.  as long as it's working and in usable condition and places like Goodwill, Habitat for Humanity, And Salvation Army always happy to take Goods that other people might be looking for.  Just remember to delete personal information before selling or donating your electronics.

Here are some other places you can donate old electronics 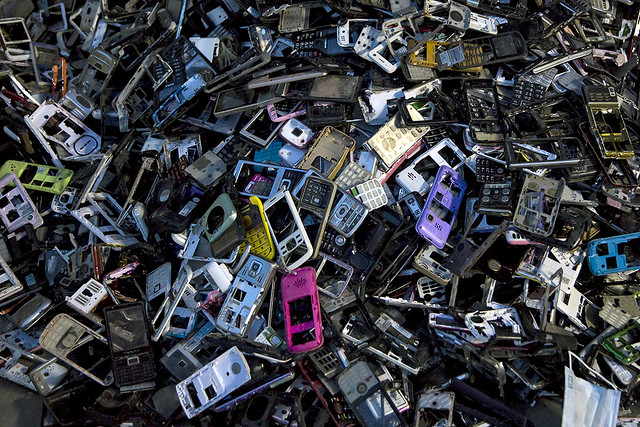 Maybe you don't want to deal with donating or selling, then there's another solution.  drop it off at one of the many kiosk recycling stations for electronics.

Call2Recycle offers drop-off locations for rechargeable batteries and cell phones across the U.S.

Just enter your ZIP code at Call2Recycle.org to find a location near you

or TIA E-cycling Central lists these events by state.