The age of autonomous vehicles as permanent fixtures on the road is fast approaching.

Although many experts predict that it may not be right around the corner, ten years is pretty darn close. Tech giant Google's driverless car Waymo hit the road for tests more than three years ago in Arizona. Toyota, Honda, and Ford have all released statements on the status of their autonomous vehicle projects.

Companies such as Tesla and Uber are already conducting experiments on operating systems for cars. Much like the OS on your computer, these AI-powered automobiles can give instructions to human drivers. It sounds a little bizarre that machines are the ones giving directions, but here we are. 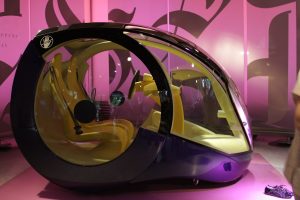 What is a Self-Driving Car?

The name pretty much sums it up - a car that drives itself. Driverless vehicles have onboard computers, GPS, radar, and sensors that allow it to "see" its surroundings and avoid collisions. All this technology aims to replicate human navigation and driving skills. In due time, computers will have perfected the art of driving down to a science.

For a vehicle to be truly autonomous, it needs to be able to navigate roads and conditions safely, without any human input. The US National Highway Traffic Safety Administration (NHTSA) released guidelines on vehicle autonomy. The agency released the definition of levels to help guide and standardize autonomous vehicle testing.

The NHTSA revealed that self-driving cars have six levels:

Although some driverless cars have been around for years and have logged thousands of hours on the road, they are not yet available to consumers.

How Safe are Driverless Vehicles?

As the world braces for a future where humans and robots share the road, the question of safety and cybersecurity still loom large. How secure are these vehicles from a determined hacking attempt? Are robot drivers any safer than human ones? Is doing a VIN check still necessary when there are no car owners anymore?

There are and will be more than a few questions about driverless cars now and in the future. People have always been skeptical when it comes to new technology. Autonomous vehicles have both physical and cyber components. Any discussion about safety should involve physical road safety and cybersecurity.

As sophisticated as computers have become, they are still machines susceptible to attack. Hacking an autonomous vehicle is a lot more severe than hacking a website to deface it. Lives are at stake, and if a hacker gains control of a car while it's in use, any number of unspeakable things can happen.

Hacking poses a more significant problem for driverless cars because of interconnectivity. The vehicles of the future will talk to one another and the proposed national grid that controls traffic. If a hacker can gain access to a car's computer, s/he can theoretically go anywhere and disrupt the whole network.

Past examples of well-documented hacks include the hacking of a Jeep Cherokee and Tesla's Model.

Driverless car manufacturers are well aware of the vulnerabilities in their system. With the help of security researchers and government regulation, experts remain optimistic. Anti-hacking measures and guidelines for cybersecurity are already in place to ensure that everyone is on the same page.

How safe are self-driving cars on the road?

Many city administrators remain skeptical about the safety merits of autonomous vehicles. Those who don't believe in the technology see a minimal potential safety boost, if any at all. However, there's no denying that humans need help in the driving department. The numbers don't lie.

According to the World Health Organization:

People make too many reckless and avoidable mistakes when driving. Some drivers are either too old, too sick or aren't skilled enough, making questionable decisions while behind the wheel. There's also the issues of driver exhaustion and phone use while on the road.

Driverless cars may hold the key to reduced human fatalities on the road by eliminating these factors.

Driverless Cars will Learn to Adapt

Google had human safety in mind when they launched their self-driving car a few years ago. The vehicle already went the distance of more than 10 million miles when the first of a few accidents happened. Advanced machine learning and AI help driverless cars remember specific scenarios so they can adapt in the future.

Autonomous vehicles also feature a slew of radar and sensors to prevent collisions. Sensors mounted around the car can detect light, movement, range, and read road signs. Some carmakers are already using sensors that stop a vehicle when there's an obstacle or pedestrian.

More:  How to Cut Mango

As you're driving yourself home on a dusty highway, imagine a future where you won't be driving at all. Computers will inevitably take the wheel from us at some point, and that is a somber realization everyone must accept. While it's all good and in everyone's best interests, automakers must make road safety and cybersecurity the pillars that hold up this dream.

There can't be a future for self-driving cars if they aren't 100% safe on the road and safe from hackers. These two factors should always be a priority and are non-negotiable. For the public's sake, all parties involved in the manufacturing supply-chain should follow the standards and guidelines that support the industry.

Patrick Peterson, born and raised in the automotive world, regularly test-drives new vehicles on highways and back roads. As the editor and publisher of AutoDetective, he is passionate about everything related to cars. He's also a frequent contributor who crafts exquisite content on automotive topics for high authoritative websites across the U.S.