After an emphatic and hugely needed win at home to Manchester City, Manchester United are now unbeaten in 10 games in all competitions and are well within the reach of Champions League football as they are in fifth place and three points behind fourth placed Chelsea and five behind Leicester City in third. Furthermore, United remain in two competitions and have a Round of 16 tie against LASK in the Europa League to come this Thursday and another FA Cup away match against Norwich in the Quarter Finals. Where will Manchester United finish this season? Can they win a trophy or two? Will Ole Gunnar Solskjaer remain manager going into the 2020/21 season? Here is my verdict: 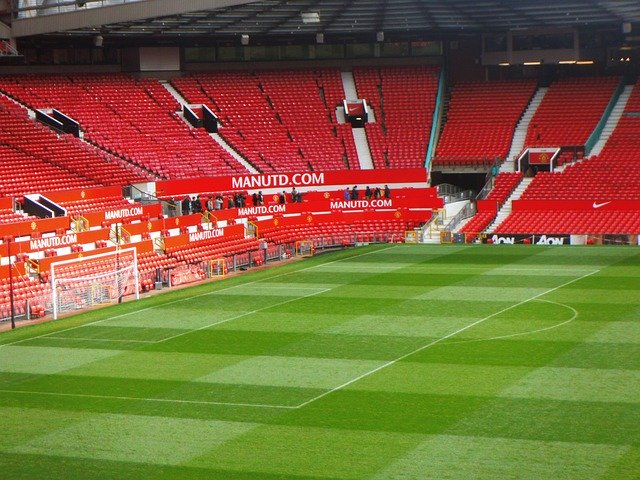 Where will Manchester United finish in the Premier League?

Manchester United have to have one true target this season, to get into the Champions League places for next season. While Manchester United should never have to settle for just Champions League spots in any campaign, with the title mathematically out of United’s grasp, this is all that they can achieve this year. The available methods for doing so for Manchester United are of course through getting at least fourth spot in the Premier League or winning the Europa League. While Jose Mourinho decided in the 2016/17 season to prioritise the Europa League over the Premier League essentially after Zlatan Ibrahimović got injured against Anderlecht, Manchester United should not do this just yet. The permutations of the Premier League after the Derby Day win show Manchester United have a very good chance of displacing Chelsea and/or even Leicester City with a relatively favourable run-in. The next Premier League game away to Tottenham Hotspur will be a massive game and everything accomplished against Manchester City will be for naught if Tottenham win. With Chelsea set to face Manchester City, Liverpool, Wolves and Sheffield United and Leicester City having difficult challenges of Spurs, Arsenal and United on the last day not to mention their awful form, could mean United have a good chance of displacing them. What is more beneficial is the fact that Manchester City could be banned for the next two seasons and so a fifth spot could gift Champions League football to the Red Devils as well.

More:  What to Know Before Replacing Your Cars Tires

Verdict? With Manchester United in excellent form and their biggest matches behind them, a win over Spurs would put them in a fantastic position for Champions League football and if Paul Pogba and Marcus Rashford can return before the end of the season, Manchester United have more than a good chance of finishing at least fourth.

Can Manchester United win the FA Cup and/or the Europa League?

Of course Solskjaer has stated that just a Top Four finish is not good enough for any Manchester United side and they should hunt for silverware every season and his line-ups have demonstrated such. Strong sides have featured in both cup competitions United remain in and face LASK in the Europa League Round of Sixteen and Norwich in the Quarter-Finals of the FA Cup. Both tasks seem to be easier than they could have been for Manchester United as Chelsea, Arsenal and Manchester City remain in the FA Cup not to mention the likes of Inter Milan, Sevilla and Roma in the Europa League. This may favour Manchester United as this season, they have impressed against better opposition and especially playing counter-attacking football but it seems clear that the FA Cup is United’s best chance of silverware with fewer games left and only one match per knockout round and there is no doubt that United will go for the FA Cup and Europa League to the very end.

Verdict? Ole Gunnar Solskjaer has said that Manchester United need to win more trophies and will certainly put out strong sides in order to do so. It seems more likely that Manchester United will win the FA Cup than the Europa League simply because there are only two more matches before the final instead of the six before the Europa League final. I’d like to think that United can win both competitions as they both open avenues for more silverware next season with the UEFA Super Cup and Community Shield but I would suggest United realistically will only win the FA Cup and reach the Semi-Finals of the Europa League but I would expect them to try and win both.

Will Ole Gunnar Solskjaer be the Manchester United manager next season?

He has done a terrific job so far, he has removed a lot of the deadwood at the club and bought five players in who have all done very well, want to play for Manchester United and actually improved the squad. While there have been dips in form and some shoddy performances like those against West Ham, Burnley, Arsenal and Crystal Palace, there have been huge wins and tactically brilliant performances, especially against the big sides. He has brought youngsters from the academy into the frame with Mason Greenwood and Brandon Williams seeing the most first-team football which he promised he would do. I think it is conditional whether Solskjaer remains manager of United and it will determine how they finish their season. Champions League football is essential for Manchester United and it will seem more like a failure not to achieve it than a success if they do based on the inconsistencies of every other team competing for these places. It may also depend on Manchester United’s trophy haul at the end of the season as no silverware for a third season running would be shambolic for a club of Manchester United’s stature.