The crowd was getting wild, muscles bulging and the cheers were becoming more deafening as I stepped into the camp, the Muay Thai match was on.

Just then, with lightning speed; one of the fighters did a ‘roundhouse kick’ to immobilize his opponent – and that was the end of the match. As fast as it had begun, it was over!

As I went to speak to the fighters, 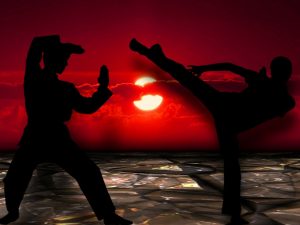 I recognized my friend Kyle (he lost), but not as I knew him, No! Kyle was fat, but there was a fit young man who looked more like a fighter. Recognizing the look on my face, Kyle smiled and mouthed the word “training”. Though he lost the match, he ‘gained’ his body.

Muay Thai referred to as the sport of the ‘eight limbs’, evolved from an ancient Thailand combat style, and has become one of the best and most practiced martial art in the world. Many people go to Thailand to learn Muay Thai and get its benefits of weight loss.

How Muay Thai can improve your health and fitness

Health comes first and is the should be primary concern, but unfortunately, we pay little attention to our health due to irregular and harmful living patterns. Muay Thai can improve ou health significantly by;

The hips can be a great source of pain during aging; this is mostly due to lack of exercise. In Muay Thai camps, you are taught how to use the hips to balance your body while striking and defending.

Muay Thai, Just like the game of chess, you have to plan your every move carefully and quickly; strike, block and counter-strikes are split-second decisions. Consistent Muay Thai training can improve your mental awareness. Have you ever considered an international trip to do Muay Tahi from where it originated? Here’s one place I’m looking into http://www.suwitmuaythai.com  in Phuket City (Thai Province), Thailand. Now most people are not going to go to Thailand to train, especially if you are in the US. So what can you do? Lucky Muay Thai experts Kru or Arjan (probably what you know as a sensei) can be found in most areas. A simple google search can help you locate martial arts schools in your area that practice Muay Thai or similar styles. 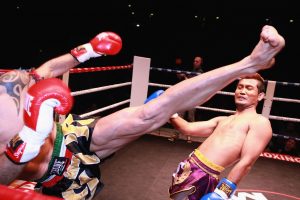 It Improves your Diet

Most carbs and junk food will have to go into the trash can; Muay Thai trainers are un-compromising when it comes to your diet, and you’ll have no choice but to listen to them. Also, Muay Thai will discipline your mind to hunger for only no-junk foods.

Very easy to see, look out for the average Muay Thai fighter, you’ll almost think they were custom-designed humans. Their physicality and fitness level is the result of hours of training and exercise harmonized by skills they have to deploy in the fighting.

Muay Thai is one of the sports with a high number of healthy elderly veterans, and they turn out to be ‘masters’ in various camps. This is in no way by accident, because the intense and disciplined activities in Muay Thai greatly benefits the body and weight loss in a short time; it improves the body metabolism and rid the body of toxins. This is why Muay Thai remains a top sport in the world.

Posted in Blog and tagged Muay Thai
← Basics for Life Insurance ShoppersYES, You Should Spy on Your kids Here’s How and Why →