When soil is poorly drained, there is a higher level of organic matter in the soil due to inadequate aeration. In the case of farming, poor drainage makes it unsuitable for most crops to grow. However, there are quite several crops that thrive from water such as cranberries and rice. Read on as we dive into the benefits of drainage for your crops.

When you drain your soils artificially, they become extra productive. This leaves the organic matter to be at the levels that are needed. Over time, the human population has easily converted swaps into some of the best and most productive agricultural lands. This was done to remove the water from lower areas by digging canals and ditches in combination with pumping systems.

If you did not already know, most of the Aztec civilization thrived from food that was grown in chinampas. These were known as canals that were dug in shallow lakes that contained rich mud. Today, there are new drainage efforts that involve PVC tubes and laser-guided systems.

Within the United States alone, the drainage efforts have significantly increased since wetlands are now protected by strict regulations and laws. However, in the case of farming, there are several benefits that come from proper drainage on the croplands. Due to this, external drainage lines are now being added to speed up the process. Read more about drainage services.

What Are the Benefits of Drainage? 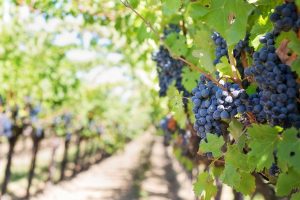 The water tables are lowered by drainage through tubes and ditches. The main benefit is a deeper soil volume. This volume is essential for the growth of some of the most common plants. When crops are grown to tolerate shallow rooting, they reduce the initial costs for maintenance and installation.

However, these apply to more low-lying areas that depend on pumps. Commercial crops such as soybeans, alfalfa, and corn tend to require deeper aerated zones. Hence the drain lines should be installed at least 4 feet in the ground and spaced anywhere between 20 feet and 80 feet apart.

In addition, proper drainage also increases the timeliness of the operations on the field. Hence compaction damages are reduced. Farmers in more humid regions have limited dry days to work with. When they are presented with inadequate drainage conditions, field operations are hampered due to the rain. When fields have proper drainage, field operations can easily be resumed in as little as a couple of days.

More:  How to Screen Mirror to Firestick

When drains are installed, areas that usually have poorly drained soil can benefit since the compaction is reduced and there is less loss in the soil structure. This also deals with the issues of poor drainage such as nitrogen losses because of denitrification. Denitrification usually happens when nitrous oxide is formed.

Ditching was a common procedure that was used for several centuries. However, most agricultural fields are now drained using PVC tubing. These are easily installed in trenches and then backfilled. They are also referred to as the drain tile which dates to the 18 and 1900s.

In the modern agricultural world, subsurface drainpipes are widely used. However, these systems still need ditches at the edge of the fields to convey the water away from the field to rivers, wetlands, and streams. It should be noted that entire farming fields need drainage and pipes should be installed in parallel lines.

In the case of undulating lands, drain lines are usually installed where water gathers. This configuration is usually referred to as random drainage. Additionally, in the case of sloping lands, inceptor drains are installed at the bottom of the slopes to effectively remove the water.

Since fine-textured soils are much less permeable than coarse grains, they need closer drainage spaces. Fine loam is usually drained in 50 feet intervals while sandy soil requires 100 feet spacing. In the case of heavy clays, conventional methods are too expensive. Hence alternatives are used.

Clay soils can require farmers to implement surface drainage. Surface drainage usually requires the land to be shaped to allow water to be discharged at the edge of the field. During the discharge process, water is made to enter grass ways. Soil shaping also smoothens depressions where water would have accumulated.

When lands are drained in excess, there are some concerns that must be addressed. Hence most countries around the globe are now exercising new drainage efforts. Within the United States alone, there has been a 1985 Food Security Act. The Act revolves around the Swamp buster Provision that discourages the conversion of wetlands.

This is done to stop the conversion into croplands. This comes from the loss of natural wetland landscapes and habitats. If you did not already know, wetlands are some of the richest natural habitats that exist around the world.

They are filled with tons of organic foods and they are extremely important for the waterfowl migration. Waterfowls tend to need a secure space away from predators so that they can feed and mate. Wetlands are also important for buffering watersheds.

During the snow melts and wet seasons, wetlands provide the perfect space for runoff from the areas nearby. During the dry seasons, they get water from groundwater sources that resurface in lower portions of land. When water is retained in swamps, it significantly reduces the potential for flooding in lower areas.

It even promotes the cycling of nutrients into various aquatic plants and other organic materials. Whenever the swamps are drained, the nutrients are then released by the process of oxidation. The organic matter is oxidized and then lost through the drainage systems. When this occurs, they wash into the watersheds.

It should be noted that extensive drainage also results in glacially derived potholes within the swamps. Many of these can be seen in Canada, North Central United States, and the Northeastern United States. These potholes have also been the main contributor to flooding and nutrient loss in watersheds.

As we conclude, we have just looked at the importance of drainage for crops. Some crops thrive in well-drained soils while others crave strong water presences. While drainage is good, too much drainage results in loss of nutrients and flooding.