The concept of conscious consumption has been around for a while. Still, most of us think that eco-friendly approaches are too big of a deal and don’t even consider that they can be fun, easy and even comfortable. Yes, you’ve read rhis correctly: some of your eco-conscious choices might actually bring you more comfort than ever and this comes to your underwear.

What is bamboo underwear?

Bamboo underwear has very few visual differences from the regular cotton one. In fact, the benefits of bamboo underwear can only be felt as it turns out to be much softer, breathable and durable. Though, the main thing that makes bamboo such a special material for underwear is something you can neither feel, nor see: unlike cotton, it saves gallons of water and doesn’t harm the soil with hazardous chemicals. 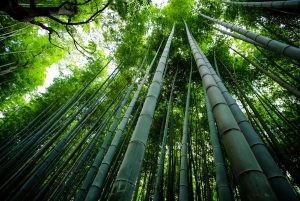 Let’s take a look at 5 reasons why bamboo underwear is better for you and the environment:

There were many words spoken about how harmful cotton production is for the environment. Thousands of gallons of water and tones of fertilizers are crucial for the cotton fabric to be produced. Alongside with this, more than ¾ of the overall cotton industry is located in developing countries, where employees face low-quality working conditions and are severely underpaid.

On the other hand, the production of bamboo is completely pesticide-free and requires very little water. It’s also worth pointing out that cases of workers’ rights violations are way less common in the industry of bamboo production. Like any other kind of grass, bamboo grows back even stronger after harvesting and doesn’t have to be replanted.

You have to be aware that by buying bamboo underwear you’re not only supporting local communities that are involved in the production of bamboo fabric but also rescuing the planet from water shortages.

The breathability of underwear is a common problem that all of us face at a certain point. According to a common misconception, cotton underwear is the most breathable option that is available on the market. Yet, organic bamboo underwear allows better airflow, not giving you the harmful and uncomfortable “sauna” effect.

As a consequence of giving your skin an unlimited opportunity for circulating air, bamboo underwear also fights the growth of pathogenic bacteria. And as you might already know, it is the bacteria that cause an unpleasant odor on your body.

By choosing the best bamboo underwear, you are allowing your skin to breathe and limit the odor to its lowest possible point.

Most of us believe that the choice between the comfort and durability of underwear is binary and it’s impossible to combine the two. According to this belief, cotton underwear is considered as “comfortable”, while options that are made of uncomfortable and non-breathable synthetic fabrics are recognized for their durability. In fact, durability vs comfort is not a “black or white” choice and there is an option that can satisfy both needs. Bamboo underwear is well-known for being more durable than cotton alternatives, while not compromising the aspect of comfort. It’s all due to the stronger fiber of bamboo fabric that makes it withstand the regular wearing and washing without stretching out, losing color or tearing apart.

Underwear is something we don’t usually see, so bothering with it’s looks is not for everyone. Though, it’s difficult to disagree that wearing nice-looking undies that are breathable, durable and eco-friendly is an ultimately mood-boosting experience. It’s also worth mentioning that brands offer a better variety of underwear choices for women rather than for men. In the case of men’s bamboo underwear, it’s just as diverse as bamboo underwear for women. The market offers a wide variety of organic bamboo underwear for all sexes, sizes and tastes.

Underwear is something you keep the closest to your skin. That’s why it’s crucial to have it free from dangerous chemicals, breathable and hypoallergenic. The good news is that bamboo undies can fulfill all of the aforementioned aspects. As an additional bonus, bamboo underwear is absolutely unlimited in its styles, colors and sizes. This way, everyone can choose high-quality underwear while being eco-conscious at the same time.

Besides that, your choice of bamboo underwear also means that you support small local productions that manufacture organic bamboo rayon.

Posted in Clothing and tagged bamboo for clothes
← Is It A Good Option To Hire A Medical Billing Company For My Healthcare BusinessCampus recruitment is made easy for companies with the help of recruitment software: →