5-6 years old is considered to be an essential time as it’s the most important age for a child when his individuality is getting improved. As well as his personality traits and attributes are formed. Such a period is called sensitive, during which aspects like thinking, reasoning, attention, and perception are being developed. 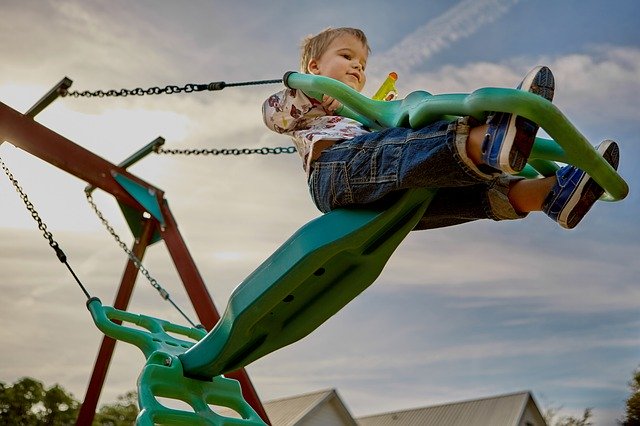 Kids often use stories seen in life, on television or while playing games. The most popular ones are related to kindergarten, school or family. But don’t limit your kid to the common topics as there are lots of interesting things to show your kid. So how to broaden your child’s horizons? Here’s a list of seven gaming ideas on how to both entertain and educate your lovely kids.

It is necessary to offer your child cards with various events. And his task is to lay out the given pictures according to the sequence of events. Alternatively, you can tell a story orally first and then tell your kid to use the card and memorize the entire story’s chain of events. If there’s an opportunity to draw the story on his own, that will be a plus!

The next developmental game is aimed to find the treasure using the drawn plan. On the schematically presented plan, there’s a huge red cross – the treasure mark (it can be a box of favorite sweets or even a new riding toy) which the child should find. Don’t worry if the first time will be quite difficult because children at an early age rather poorly read the schemes.

It is essential to focus on the senses of the kid. In fact, it’s said that children mainly use the sight to learn the surrounding world. Here, the key role is played by hearing, smell, taste, and touch.

To get started, put objects of various shapes in a bag and invite the kid to touch them in order to guess what is inside. Or you can alternately put some pieces of food in your child’s mouth and ask him to guess what he’s just tried.

The same goes for a sense of smell. So you can ask the child to turn his back and then start to tap the spoon loudly on some surface, let the child guess only by the sound he hears.

That’s a fantastic idea if you enjoy going into the woods but you can’t go out now. You can make a camp right into the kids’ bedroom as quick as a flash. First, you have to set up the tent. If there’s a bunk bed in the kids’ room, that will be a great plus. So you can pull out the bedsheet from the bottom bed and tuck it under the mattress of the top bed so it covers both tiers as a tent wall. And voila, the tent is ready for camping adventures!

To make the game more realistic, you could switch on music with forest sounds or guitar motives. Also, don’t forget to dim the light and bring flashlights for breathtaking storytelling. Now you’re ready to do all the camping stuff – tell ghost stories, play games and have fun. This game is a fascinating idea as a game before bedtime as when the camping is over, your kids will be out like a light!

Photo by Oksana Kuzmina on Shutterstock 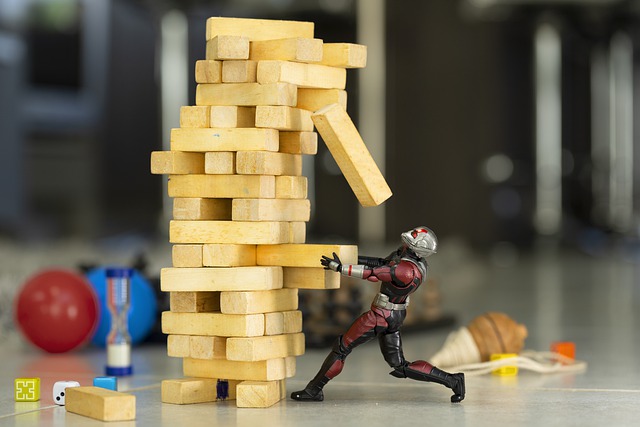 You can play another game that is very exciting for kids – how to be a builder or an architect. But first, you have to set the rules for the child very accurately: in order to build a house or a tower you need to draw a plan of the building. The “building material” in this case may be his favorite constructor. These seemingly ordinary plastic pieces develop logical thinking of preschool children very well.

There’s another way of playing the game as well. You could give your kid some random items like books, playing cubes, wooden blocks, straws, playing dough and others in order to build up a tower as high as it’s possible! You can even compete with your kid and motivate your child saying that the winner will be awarded. If it goes well, next time set a time limit to get more buzz. This game may be thrilling for kids and parents of all ages in order to bring the family together.

In this game, the child is offered several cards, for instance, with fruits and berries: banana, apple, cherry, and strawberries. From the presented pictures, the kid must remove an extra item. There may be lots of cards depending on your imagination. The amount of cards per one session is also up to you. If the first play seems to be hard – make it 3 cards and then add more cards gradually when your kid is ready.

No doubt, that’s a great idea to expand your child’s vocabulary on any topic you like: rooms, animals, family members, drinks, etc. After the game is over, you can use these cards to make up a fascinated collage together with your kid.

This activity features easy preparation as no extra equipment needed. Although, you should have a great imagination to bring more joy and fun into the game. So the rules are pretty simple, while you making up a story (it could be anything – your favorite comic book story or an imaginary fairy tale), your kids have to act like impostors and show the characters you describe. Let them stomp, dance, jump, mimic, make sounds – whatever they need to interpret your story. The game could last until you or your kids get frazzled.

Preschool age is considered to perceive a huge bunch of diverse information. Children in this period, as it is, are curious and interested in everything that happens around them. After all, everything seems to be so unknown and new that he wants to know everything in the world. That’s why it is vital for parents to encourage their child’s passion by any means. And there’s nothing better than doing it by playing developmental games. What a win-win solution!

These are just a few games that can not only keep the child busy for a while but also broaden his horizons properly. When playing with a kid, try to answer all his questions and explain everything that he doesn’t understand.