What is Hard Water

You have probably heard a lot about hard water, but many consumers still don’t understand exactly what that term means. Put simply, hard water is water has a high concentration of minerals such as calcium and magnesium. That might not sound too bad, but hard water can cause multiple problems for homeowners.

Examples include damaged appliances such as shower faucets and water heaters, filmy soap scum that can be difficult to remove from your kitchen and bathroom, and drying out hair and skin. Unfortunately, 85 percent of American homeowners live in hard water areas, so these problems are very common.

If you’re ready to get rid of hard water once and for all, a water softener can remove those minerals from your water before it enters your home. Please continue reading to find out more about how these whole-house water softeners function.

What Is A Water Softener

A water softener is an appliance powered by electricity that removes the minerals in your water, making it “soft” instead of “hard.” They work via a process called ion exchange. The minerals in hard water carry a positive charge, and water softeners have spherical resin beads made out of a substance such as polystyrene that have a negative charge. The opposite charges attract, so the calcium and magnesium ions are removed from your water and exchanged for sodium or potassium ions. The resulting soft water doesn’t cause the same problems as hard water does. 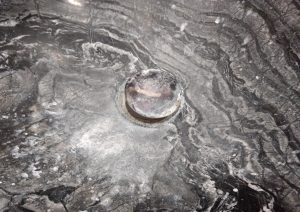 Water softeners have three components: a mineral tank, a control valve, and a brine tank. The mineral tank is where ion exchange takes place: all of the water that flows into your home is passed through the resin beads here to remove those minerals.

The mineral tank’s resin beads lose their negative charge as the system is used, so a regeneration process is required to ensure that they perform as intended. The control valve regulates how much water is entering the mineral tank and initiates a regeneration cycle once you have reached a preprogrammed maximal capacity. The maximal capacity is determined by several factors, including how hard your natural water is, the size of your home, and how many people use your water.

More:  Is It Safe to Wear a Yoga Face Mask?

Finally, the brine tank is a smaller tank that generally sits adjacent to your mineral tank. It stores a highly-concentrated salt solution used in the regeneration process. The typical family of four needs to manually refill this tank with salt or potassium pellets every month or so, but your specific usage may make refills more or less common.

How does the regeneration process work

Two distinct regeneration processes may occur: Co-Current and Counter-Current. Co-current regeneration cycles send sodium solution from the brine tank to the mineral tank using the same mechanism as general water flow, meaning that it starts at the top and works its way down. Ion exchange takes place in reverse, restoring the positive charge of the resin beads. However, the beads at the top tend to get more of a recharge than those on the bottom because the saline solution loses some of its charge in transit. 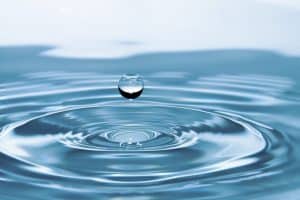 In contrast, counter-current regeneration cycles begin at the bottom of the mineral tank and work their way up. Since the resin beads at the bottom tend to be less-depleted than those on the top, this process uses about 75 percent less salt and 65 percent less water than co-current systems. As a result, water softeners using this method are often called high-efficiency water softeners. The recharge also tends to be more equitable.

Which water softener is right for me?

More:  Ways to Boost the Longevity of Your Hot Tub Cover

We always recommend softeners with counter-current regeneration cycles because it’s more efficient. Price is also an important consideration, as whole-house water softeners can run anywhere from $500-10,000 or more. If that sounds steep, think of it as an investment that will spare you from hours of cleaning soap scum, replacing your water heater because minerals have built upon the heating agent, and using extra detergent in your laundry. Your system can last upwards of 20 years with proper maintenance, and most households don’t spend more than $25 per month on salt. Of course, you should also select a system that has the capacity to meet all of your water needs.

Many people ask if it’s safe to drink soft water because it picks up sodium molecules during the softening process. The answer is yes, unless you need to remove a ton of minerals from your water (most people don’t). However, you should invest in a separate reverse osmosis system to filter out the sodium ions if you have very hard water or have been advised by a physician to limit your sodium intake. Some users also just adding a water tower instead for everyday drinking water.

Hard water is a pain in the neck, but thankfully a water softener can solve all of the problems associated with it. Salt-free water conditioners can reduce scale buildup in your pipes by converting calcium and magnesium into micro-crystals that can’t stick to anything, but you’ll still have dingy laundry and soap scum buildup because they don’t actually remove any of it. We recommend the water softening route so that you solve every facet of the issue instead of portions of it.