Smart home protocol is a communication system that can exchange information with other devices. Protocols send signals from one device to another to take action.

Smart home protocol is used at home to make it easier for us as residents to operate home appliances automatically using computer technology.

Smart home can control many appliances that are in the house such as lights, air conditioners, doors, windows and others. Smart home systems can range from simple systems to complex systems. 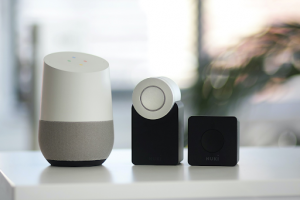 Maybe you’re wondering how does the smart home protocol work? The control center sends a switching signal through a cable device at home that treats it as a computer network.

This signal works about twice the normal AC power switching frequency. Each signal will contain a code that can identify the related unit (example: lamp, AC, radio) and instructions such as turning off or turning on.

Even though all control units receive all signals, only certain signals can affect the device with the right code.

Smart home Systems to choose from

Z-Wave is one of the wireless communication protocols used primarily to automate homes.

This Z-wave uses low-energy radio waves to communicate from one device to another.

Z-Wave protocol can be controlled through various devices connected to the Internet such as smartphones, computers or tablets through smart speakers, panels mounted on the wall with Z-Wave gateways or control center devices that function to control hubs and portals.

The Z-Wave protocol was developed by a company in Copenhagen, Denmark, namely Zensys in 1999.

In 2008, Z-wave was acquired and joined by Sigma Design in California. In the same year Sigma sold Z-wave to Silicon Labs.

Zigbee is an IEEE 802.15.4-based smart home protocol with a high-level communication protocol used to create networks with low-power digital radios.

This smart home protocol is designed for use on small and simple projects that require a wireless connection.

This protocol can send data remotely through a network meshagar can reach more distant devices.

In 2002 Zigbee was formed by the Zigbee Alliance which has members of semi-conductor and software manufacturing companies.

Insteon is a smart home protocol for automating home devices via radio frequency communication or electricity.

Insteon uses dual-mesh networks. Insteon was launched by Smartlabs in 2005 and in 2017 it was acquired by Richmond Capital Partners.

As a tool to connect Bluetooth, each device uses a chip that contains a Bluetooth radio.

Thread is a smart home protocol technology that uses the same frequency as Zigbee, uses a mesh network, is low-power and secure. The thread was produced by Samsung and Google Nest Labs in 2014.

Many people wonder, is smart home technology safe? According Mika Ståhlberg of the Finnish antivirus company F-Secure, he said most Internet of Things devices send encrypted data. Data is sent directly to the cloud, or first through ZigBee, Z-Wave or others to the smart home hub then to the cloud.

Of the various types of smart home protocols that exist, each protocol technology has their respective advantages.

Are these systems compatible with each other?

More:  What is a VDR | A Guide to Virtual Data Rooms

Generally, protocols are not automatically compatible with others, so protocols can work as they should, a hub that can support multiple protocols is needed.

Additional steps are required for some products in translating protocols into languages that are understood by smart devices. For example: Philips Hue lamps will only react with commands from your Amazon Echo device via Philips.

Not all hubs are ready to identify the device, although it supports protocols. This can be avoided by choosing products that only use protocols with the manufacturer.

It is better to choose a certified smart home protocol product, because testing must be carried out by an accredited laboratory and can ensure that a product has been tested according to the standards of safety and performance.

Although certification does not guarantee interoperability, it can demonstrate the concern of producers in terms of the safety of their products, that devices in the house will be electrically and mechanically safe and do not interfere with function when turned on.

Which one should you choose for the smart home protocol?

It all depends on you, If smart home is new to you, you should choose ZigBee or Z-Wave. Both have fast performance, good reach and many different products.

But if your home has been equipped with an older system like x10, you should choose Insteon, because it can work wirelessly even if you don’t have compatible devices such as Z-Wave or ZigBee. 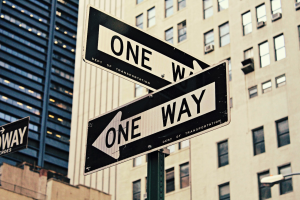 The following explanation can be considered before taking one:


Both Zigbee and Z-wave use less power than a wifi connection and are very useful because most smart home devices use batteries.

But Zigbee is using the lowest power compared to the Z-Wave. Then Zigbee is a good choice if you want to use the smart home protocol.


Regarding the cost, Z-Wave is cheaper when compared to Zigbee. But there are regular z-wave subscription which is free of cost and there is also a paid subscription plan which is Z-Wave plus.

The final decision remains in your hands, not only because each product has advantages and disadvantages. We can consider which of the least weaknesses for our personal use. There are more several factors that we should think our self such as are we willing to pay subscription, if we are going to use for small or big houses and so on.
Hope you have liked our guide. Comment below if you have any questions. I’ll be happy to help you.