If you have read the hugely famous and popular book “Men are from Mars, Women are from Venus” then you know what the author, John Gray has said about the differences between men and women. According to him, men and women have a lot of differences whether we talk about their perspectives, their motivations, or their actions. John Gray is not the only one to have such thoughts; you must have heard the phrase “Men buy while women shop” or a few others that stick to the same theme. 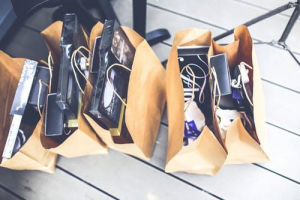 Here we are going to find out if that is true for today’s men and women or not. What we are not going to do is to make generalizations about either of the two sexes and paint one of them as bad and another one as good. It is not good or bad here.

Just the different way males and females think about shopping, especially online shopping. Whether we talk about a man shopping for the latest Jordan’s or we talk about a woman shopping online for the trendiest realisation par dress, we will see if there are any differences and what they are. Keep in mind that it happens a lot that a certain behavior that is attributed to one gender is used by the other and vice versa.

Studies have proven that women tend to like going shopping by actually going to the brick and mortar store while men tend to prefer shopping online. Although women are responsible for 80% of household spending, men are spending almost the same online as women. In another study, it was found that 22% of the male population made purchases by using their smartphones while this figure was 18% where women were concerned. But that is a far less significant figure than what we believe. Especially nowadays, with everything being available online and people having access to products that were not available to them before, this difference is quickly dwindling and soon will not matter.

Yup! It’s true! Men would rather purchase something that ‘does the job’ and end the whole shopping experience while women tend to take their time and do proper research when shopping for a product. Women compare prices and different attributes of the products that they want to buy and go into their features and only buy when they think that they have found ‘the one’. While, for men, the first thing that they encounter can be ‘the one’ and they will be quite pleased with their handiwork. According to research, this is because the brains of women and men work differently when it comes to buying. When women shop, they utilize the part of their brain called the ‘cerebral cortex’ that is responsible for finding out and managing the various emotions that we have. Men, on the other hand, use their gray matter that exists in the hemisphere on the left. This is what makes them so task-focused. That is why when they are shopping, whether online or physically, men are less selective and cautious than women. They know their requirements and will not stop looking until they find something that matches those requirements exactly.

The exact same thing is reported in the Journal of Decision Making after conducting research. They state that women are more astute when it comes to shopping as compared to men as they are more than ready to put in the time and energy to actually do the research. But there is evidence to the contrary as well. Another study shows that men spend more time reading what is given on the product page as women. Both men and women spend almost the same time browsing online for products that they want or might want in the future. Also, women are more prone to compulsive buying than men.

What did you say to Me?

Men are not as much influenced by social media as women. In a study conducted in 2015, it was found that 20% of females made purchasing decisions that were affected by the power of social media while as far as men were concerned, it was a mere 10.5%. Women depend on other women to give them a clue about the product that they are about to buy online. Not just the reviews, they also searched for social media posts that are created by the brand as well as their websites to look for product reviews and information and that plays an important part in their buying decisions.

All women want is one review that is positive and they swing their decision towards a product and vice versa.

Also, women are more influenced by the word of mouth from family and friends than men. According to research done by an agency, 60% of women make purchases according to what they were told by their family and friends. But if you think that men are immune to social proof, that is wrong. Men too use online product reviews and ratings to choose between the best products. And they are more and more being influenced by friends and peers when it comes to shopping.

Oooh! What does this Button do?

If you have ever seen the cartoon ‘Dexter’s Laboratory’ then you are well aware of this sentence and who says it. This is the dialogue of Dexter’s sister DeeDee who is always curious about his inventions and explores his lab any chance she gets.

So, why use it here?

Well, according to research, women tend to wander between the isles and go through various products and categories, whether it is a physical store or an online store. Men, on the other hand, are more goal-oriented and stick to their task. Men rapidly want to make a decision and then stick to it while women tend to search, evaluate and explore a little bit more. If women land on a product page, there is a good chance that they will move around the website and check out other items whether they are related to the product they need or not.

But, again, it is not as clear cut as it seems to be. According to a UK based research company, men are now almost as curious as women and their patterns of shopping are rapidly changing, whether we talk about brick and mortar stores or online stores.

Wrapping It Up (Get It?)