Gin, jenever, genever, or whatever you call it in your culture, is a popular spirit drink available in many countries of the world. It is most commonly famous in Spain and the UK. You can get this drink from the restaurants, cafe, or cocktail bars. You can also order gin online.

Jenever spirit drives its intense flavor from Juniper berries. Its origination took place in the middle ages. It was discovered as herbal medicine by the spirit industry. It is among the broadest category of spirits, available in various styles and flavors, but the origin revolves around Juniper since it is the principal constituent of gin.

Some people believe that its existence started in 1623, while other claims that English soldiers used to drink jenever in 1585 when they were fighting against the Spanish. Genever spirit gives a calming effect that helped the soldiers before the Battle. However, the confirmation of gin production took place in the 17th century in Holland, but some people claim that it was originated in Italy. 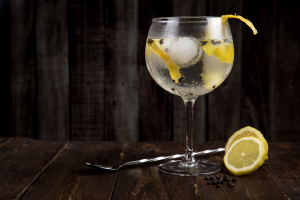 In the 17th century, it became a popular drink in England. During the restoration, it enjoyed a significant resurgence. When William of Orange occupied the British Throne, this drink became more famous. It was sold in pharmacies for medical conditions like lumbago, stomach ailment, gallstones, kidney problems, and gout.

Juniper was infused in it to enhance its taste, increasing the medical benefits. However, a raw or inferior form of gin was sold to common men in England, where it was flavored with turpentine in place of juniper. Licensed distillation of the spirit started in 1729. Heavy-duty was imposed on imported spirits.

Due to this reason, more production of bad qualities gin took place, and there were thousands of shops which were selling these spirit to the citizens at a low price.

When King Charles occupied the Throne, then things got better, and the whole right for the distillation of spirit was given to the Worshipful Company of distillers. This strategy improved the quality of the spirit.

People became used to drinking low-quality gin due to which an act was introduced on 29th September 1736, which excessively increased the price of gin. Since this law was passed against the will of ordinary people, riots broke out, and the code was broken openly.

Since that time till now, things changed, and the spirit distillation methods for improved to provide quality spirit to the people. In the 90s, gin became less popular, but from 2007 it has made a great comeback with lots of flavors and styles.

There are various types and styles of gin, available around the globe including

As the name indicates, it is a dry form of gin that has a heavy flavor of Juniper. It is light in body but strongly aromatic. To give a pleasant, flowery, botanical taste, this type of gin consists of many aromatic ingredients. The addition of these aromatic ingredients takes place in between the 2nd or 3rd distillation process resulting in an entirely different enhanced taste. This type of gin is named as London dry gin, but it does not mean that it is only prepared in London because this style of gin manufacturing occurs worldwide.

Dutch gin is also known as genever. It has a unique color and taste as compared to the other styles of gin. Most of the gin are prepared by cereal grains, but dutch gin consists of malt grains. Due to the presence of these malt grains, the genever gin has a dark color and intense flavor. It is lightweight and has a similarity with the botanical whiskey.

Recently craft mixologist is using this type of gin to add creativity in cocktails. However, this style of gin is also perfect for straight sipping without any changes.

Preparation of this type of gin takes place by distillation of neutral grain with Juniper berries and other natural botanicals. In this type of gin, you will get a prominent flavor of Juniper, or when the gin is contemporary, you will get a robust botanical taste due to its aroma and flavor. While the flavor of Juniper becomes secondary in modern gins.

American style gin or you can call it International style gin, is a broad term that is used for all the new types of gins. The preparation procedure of gin remains the same. The necessary distillation process takes place. After the distillation process, spirits are infused in different flavors other than the Classic Juniper berries. The flavors may include cucumber, rose, lemon, raspberry, and many other flavors.

This style of gin shows a high resemblance to the London dry gin. The only difference between both the gin is that Plymouth gin is less dry, and it is prepared in Plymouth England. The preparation of this type of gin takes place by the addition of roots, providing it with an earthier flavor. It has a very soft taste of Juniper. There is only one brand of this style of gin in the world, and guess what its name is; yes! It is from Plymouth.

It is an old-style gin which does not have any legal or geography production. It is flavored gin consisting of sugar and blackthorn. It has more flavors of fruit cordial or a liqueur. Some bottom-shelf sloe gin is entirely made up of vodka and does not contain any gin part.

Old Tom gin is similar to London dry gin, just having a sweeter taste. It is named old Tom because it was trendy in Tom Collins. The flavor and essence of this type of gin lie between London Dry Gin and Geneva.

The most common flavors of gin include

It is a sweet and spicy flavor of Gin, consisting of rhubarb and ginger as its main constituents.

Strawberry gin is the classic good and most popular flavor. It is the best option for gin drinks during summers. You can also add fresh strawberries or mint to this traditional drink.

The lemon flavor adds a sour taste of lemon that works wonder with the classic taste of gin. Sometimes sweet flavor is also added to give an excellent combination of sweet and sour gin.

It is among the most popular summer drinks having a fantastic tangy pink color and heavenly taste.

This flavor of gin will cause a buzz to your next for the cocktail party since it is environment-friendly and has a delicious taste.

This flavor of gin is loaded with spicy elements making it worth to try.

It is a perfect blend of sweet and salt, enriched with the refreshing tart.

It is imperative to enjoy your life to the fullest. Everyone requires a party break from their hectic workout routines and what can be a better option than adding gin drinks to your next cocktail as it also has many health benefits.

Posted in Blog and tagged alcohol, gin
← Tips For Planning a Kid’s Birthday PartyShopping Preferences  of Men and Women →